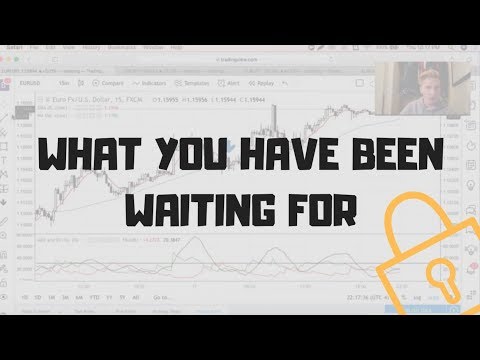 What is cryptocurrency trading?

It is simply the exchange of cryptocurrencies. It works similar to Forex trading – you can buy or sell a cryptocurrency for another cryptocurrency or FIAT currency like EUR or USD. On CoinCasso exchange, there are available following trading pairs: BTC / EUR, BCH / BTC, DASH / BTC, ETC / BTC, ETH / BTC, LTC / BTC, BCH / EUR, DASH / EUR, ETC / EUR, ETH / EUR, LTC / EUR. In its most basic form, trading is based on buying for a lower price and selling for a higher price.


What is day trading?

It is a process of buying and selling an asset (for example cryptocurrencies) in a short period of time. You speculate on the value of a cryptocurrency with a hope that its price will increase (after you bought it) or decrease (after you sold it). In simple words – buy low, sell high! The short-term nature of day trading means that it is the opposite of hodling (check out our article Cryptocurrency for Dummies to understand the definition).


What is leverage trading?

A so-called leverage trading (or margin trading) involves borrowing funds and investing more than your actual capital. For example, a 4:1 leverage means that you place trades 4 times bigger than your starting amount of money – the loan is usually taken from a broker (in case of cryptocurrencies, from a cryptocurrency exchange). The higher the leverage, the bigger possible profit, but also the greater chance that you will lose money. For example, you have 1 BTC and a price of BTC at the time you trade is equal to 3000 USD. You predict that the price will go up and you trade with 10:1 leverage. The price indeed goes up to 4000 USD (33% increase), therefore, from the total 10 BTC capital reaches 13,3 BTC. Your profit is calculated as: 13,3 BTC – 9 BTC (the amount borrowed from cryptocurrency exchange), so it is 4,3 BTC minus fees. It sounds so easy, doesn’t it? The thing is that if the price goes down by a certain amount set by cryptocurrency exchange, you lose your entire 1 BTC! This price is called a liquid price. The higher the leverage, the higher the liquid price is.


What is money and risk management?

Money and risk management is the way you manage your investment money. According to the basic strategy of trading, in a single trade, you should never invest more than 5% of your capital. It is better to focus on small, safe profits rather than risky “one-time” scores. One of the strategies in risk and money management is setting stop losses and limit orders (check the definitions below).
Beta0x danilhadiwinata123

Forex is an international currency market with daily deals worth $4 billion. The trade in Forex occurs between two currencies, because one currency is being bought and another – sold at the same time. FOREX TOP PAIR EUR/USD deals 1/3 of all EUR /USD 1.3000 1.3001 Selling price (Bid) Buying price (Ask) Base Currency Quote Currency 28% EUR Forex trading for beginners – tutorial by Comparic.com | 10 Demo trading in Forex Now when we are talking about paper trading, we mean trading on simulators. Of course, you can use pencil and paper, but trading on simulator is much better way to go. You can easily open a demo account and get access to trading platform so you can This Forex Trading PDF is written in such a way that even complete beginners can understand it and learn from it. In other words, we have read tons of Forex books, opened and closed thousands of trades, we have filtered out 💦 all the needed basics for beginner traders and simplified them. Forex for Dummies PDF Version. What is Forex Trading. Foreign exchange, popularly known as 'Forex' or 'FX', is the trade of a single currency for another at a decided trade price on the over-the-counter (OTC) marketplace. Forex is definitely the world's most traded market, having an average turnover of more than US$4 trillion each day. Forex Brokerage. Every Forex trader, like any other professional, needs tools to trade. One of these tools, which is vital to be in the market, is a Forex broker and specifically for the Internet - an online Forex broker - a company which will provide real-time market information to traders and bring their orders to the Forex market. These are

Currency Trading for Dummies 101 Friday Forex Free Tips - Duration: 31:46. Kou Success Lee FX 13,907 views. 31:46. Lesson 1 - What is Forex and how does It work? - Duration: 5:57. The ONLY Forex Trading Video You Will EVER Need - Duration: 12:13. Jason Graystone 617,365 views. 12:13. 3 Simple Ways To Use Candlestick Patterns In Trading; SchoolOfTrade.com - Duration: 11:56. Forex Trading For Dummies - Forex Basics (In-Depth Training For Beginners) - Duration: 1:15:03. Sophia Lightbourne 1,049 views. 1:15:03. Looking for a forex trading guide for beginners pdf? Here’s what I suggest that you do & get. To learn more about how you can make money with your phone dail... In this forex for dummies video, i will share with you how to trade forex for beginners. A lot of forex market beginners don't know how to start trading forex properly.